For the last year I’ve been trying to land strapless airs on my foil. The pop version I can do reasonably consistently but sending the kite, jumping higher, grabbing the board and trying to get the board and foil back underneath me to land, that has proved more tricky. I actually landed one in the spring (landing off the foil) proving it was possible with a late loop of the kite but I’ve been chasing them ever since. I’ve tried 100’s maybe a 1000 and got close but never really understand what I was doing wrong.

Then last week Danny (my coaching partner at Progression Live) told me he landing two, off the foil. Damn it! He’s beaten me once again. So I did what I do best I got researching! And you know what? It all came together. In one session I landed 9, some riding off in the same direction others saved by coming out as a transition. I must have tried about 50 so 1 in 5 ain’t bad and better yet, right at the end of my session I got my 10th and that one, I landed on the foil! I couldn’t believe it, but now I know it’s really possible and I know what works and I can spot my mistakes. The next day I proved to myself it wasn’t a fluke and got another 8 and this one below on the GoPro landed and foiled out of it – I’ve still got a long way to go to add more style and height but we all have to start somewhere!

And before anyone asks, no I have no plans to make an instructional video on Strapless Airs on a kitefoil!! The foiling gybes and tacking videos still have to be edited and filmed respectively first! But here are a few insights I’ve had that have helped me increase consistency:

Now all of this is my first thoughts after three days of practising and trying to improve my consistency – I’m sure my technique will change as I better understand what is happening and particularly as I jump higher but for these smaller, first jumps it seems to be working for me.

What I think is really worth considering for everyone – some tricks/techniques just take time, for me a year of on and off practice, but you won’t ever get it if you don’t try the first one, fail and then start your progression and 1000’s of attempts may just be necessary.

Love to hear anyone else’s thoughts and tips for this trick – chuck them in the comments below.

If you are keen to learn to foil then check out our Progression Kitefoiling Volume 1 Collection of coaching videos, or check out our 2020 Foiling Camps to improve your foiling – hey we can start teaching you strapless foiling airs now!

Daily Videos on a Weekly Theme 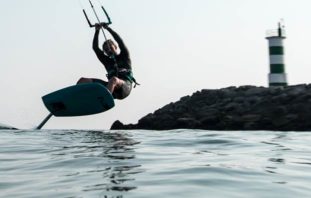 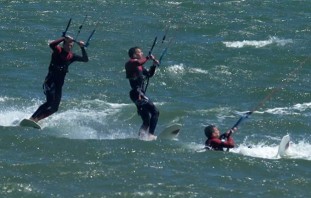 Losing Speed When Gybing - How to Solve this Kitesurfing Common Mistake 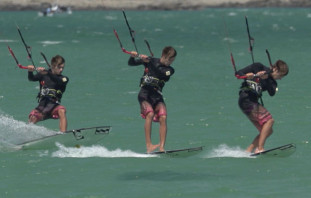 Dancing Around The Board - The Surfboard Gybe Foot Change