Many people outside the UK may never of heard of James Boulding but we think that’s gonna change over the coming year. He’s had a pretty outstanding 2009 – 2nd Overall Pro in the BKSA national tour; an accomplished BKSA instructor and Coach; he’s accompanied Progression Sports on two trips filming in Turkey and Egypt,  and to round it all off he’s earned himself a spot on the Liquid Force International Team! We couldn’t be happier for him, he’s a talented rider who’s willing to work hard on and off the water! You’ll see him in many of our latest trick definition videos and whilst in Egypt Will got him in front of the camera for a quick interview which turned into a mammoth one. So here is the first of a 3 part interview – this one Will has appropriately named “Sharing the Stoke“: James is currently out in Egypt with Sam Light and Ali Barrett kiting and filming, so expect some nice videos coming from James, himself, over the next few weeks. 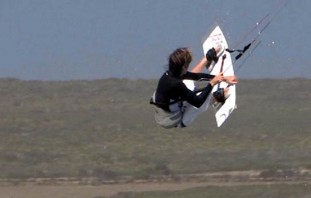 The best way to graduate from beginner is... 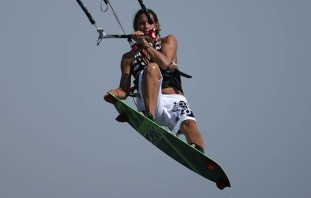 Jumping Technique - When to Sheet the Bar In...