Over the last year we’ve seen pro kiters getting in the vlogging scene (vlog = video log and it’s normally a weekly/regular video hosted by one or more people). Some of these are becoming quite popular and are an alternative to the normal action videos or pure instructional videos.

So here are 7 kiting vlogs which I think are worth a watch in 2018 – subscribe to those you like to show your support and find out when the next episode is released.

If you want to see some slick edits from the beautiful island of Antigua then Jake has you covered. He’s done a pretty amazing job in the last year moving from being a Pro-wakestyle rider to kiteboarding’s vlogging poster child. Regular weekly vlogs sharing his laid-back Caribbean vibes, super stylish riding and tips for kiting and camera tech. Definitely top of the subscription list.

Freestyle world champ, 2x Red Bull King of the Air winner and all round kiter extraordinaire, Kev gives you a varied look into the life of a pro kiter. His vlogs are a bit more sporadic but when they come they are always something original to get your amped for kiting.

Ben may be a new face to many in the kiteboarding world but he’s been slowly building an audience with weekly vlogs, high production values combined with loads of energy and enthusiasm for the sport. Also, check out his Kiteloop in 3 days series for an innovative way of getting starting with kiteloops.

Blake’s series of videos are probably more technique videos that strict vlog’s but he covers a wide range of topics, leading us through these videos in a personal, fun way. Currently on hiatus but there is a healthy back catalogue to get you started.

Kai just started vlogging this year but for the new-wave leader of watermen, he’s already racking up some great episode showcasing his love of the ocean. There is lots of foiling on various craft (no surprise seeing as he seems to have launch sup and surf foiling into the wider consciousness) and kiting pops up from time to time but really it’s all about seeing the beauty of Hawaiian waves through the eyes of a super talented waterman.

Another new vlogger for 2018 but Lewis has a varied life to show us – a big air specialist, the best kite competition commentator out there and an exceptional coach. So except a wide variety of topics and locations to be covered over the year as Lewis finds his feet in vlogging and speaks his mind on his vision for kiteboarding.

Also check out his podcast: On the Air with Lewis Crathern

There aren’t enough girls vlogging but the exceptional pro wave kitesurfer Jalou Langeree is leading the way with her somewhat sporadic episodes following her life travelling and competing around the world.

Others we hope to see more of in the future:

I’ve got some ideas for a Progression vlog of sorts but no time to start making them yet – for now don’t forget we have loads of great free videos on our Progression YouTube channel, in fact, it’s the most viewed kitesurfing YouTube Channel with over 10 Million video views.

Have I missed any of your favourite kitesurfing vloggers? Let me know in the comments… 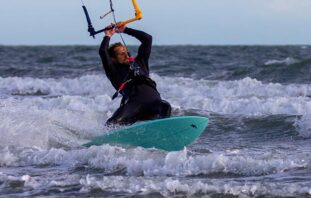 How to Tack - Kitesurf and Kitefoil Technique 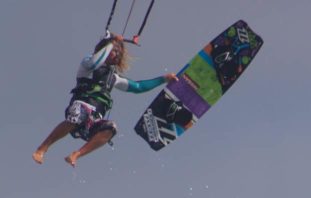 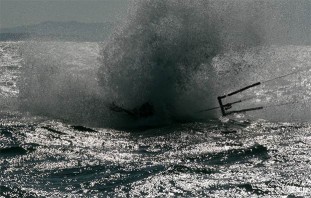 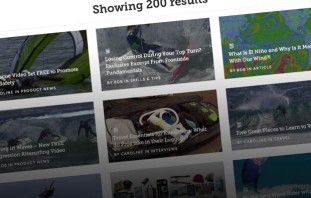 What do you want to learn about? Two hundred blog posts and counting