You may have heard people refer to ‘El Niño’ before and wondered what on earth they are talking about. It’s all to do with global weather systems and patterns that ultimately affect the wind: it’s why kiters can relate an unusually bad season to the El Niño phenomena.

The last 6-8 months has seen many popular reliable wind kiteboarding spots like Cape Town, Western Australia, Cabarete to name a few, experience far more erratic and disappointing seasons. To many, El Niño is taking the blame, but what exactly is it and will we see things going back to normal anytime soon?

We’re far from meteorological experts but we’ve found a few great resources that have helped us get our heads around this whole phenomenon and also introduce El Niño’s partner – La Niña (but more on her later).

El Niño refers to the periodic warming of the eastern equatorial Pacific Ocean that brings sea surface temperatures above average. El Niño conditions, which can last for a year or two, develop concurrently with atmospheric changes leading to a variety of global effects…

That’s the standard definition, but this video by the UK Met Office may help to illustrate the fundamental science behind El Niño, so take a look to understand the basics:

The epicentre of the El Niño phenomenon occurs in the tropical pacific ocean – so why is wind at your favourite kite spot, half way around the world affected?

Well the Pacific ocean is the largest body of water in the world, taking up one-third of the Earth’s surface; you can probably imagine that changes here can easily have knock on effects elsewhere in world.

Many of the best kitesurfing locations have super consistent winds because they are trade winds – thermal winds generated by unique geography in those areas.

Thermal winds (often sea breezes) are generated where you get a difference in temperature between a large land mass and a large body of water. El Niño can have an effect on the global temperatures, both land and sea and these temperature changes may only be ever so slight. However, they can throw off these perfectly balanced thermal effects and make them far more erratic. If you are keen to track the phenomena and understand it properly then this is a great web page by Weather Underground that gives regular updates on what’s happening with weather system predictions. Specifically check out the section on myths and misconceptions.

The end of El Niño and the arrival of La Niña!

The good news is that El Niño is expected to come to an end in the near future. Normally things would revert back to the standard pacific weather pattern but we may see a switch to La Niña and we may all like that!

During La Niña years, the trade winds are unusually strong due to an enhanced pressure gradient between the eastern and western Pacific
Earth Observatory

What La Niña means for the wind in those places outside the Pacific is harder to determine. We’ve struggled to find any direct explanations on how La Niña will affect the elements that determine the thermal winds we depend on. If you have any thoughts or knowledge on this please share them in the comments.

It may be a little too early to plan that Caribbean holiday just yet, but here’s hoping the trade winds will be ramping up again in a few months time! Keep an eye out, get your smaller kites ready and download, watch and learn your next kite tricks & techniques via the Progression Player App ! 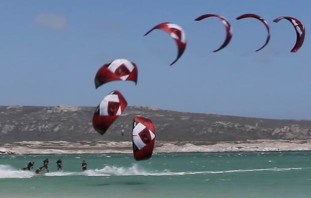 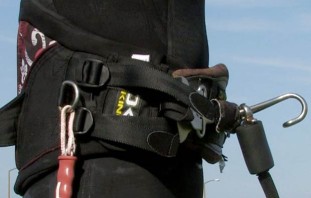 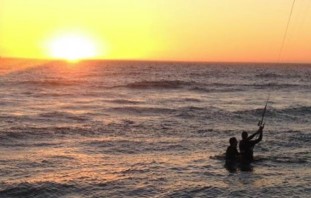 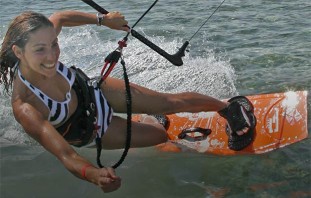 Why does kitesurfing make you happy?