We’re now 3 weeks into our trip to Cape Town and its been pretty amazing so far, even though the wind and waves have not be as consistent as we’d have liked.

As you maybe aware we are here for 3 months with the primary goal of filming the lion share of footage for our new “Introduction to riding a surfboard” series of instructional videos – working title, still working on that! This has been a project we’ve been working on and off on for the past 3 years – probably the hardness set of videos we’ve attempted to make – but 2014 is when it’s finally coming together and we’ll have lots more to discuss about this in the coming months. For now, if you didn’t see this GoPro clip of Lee “Pasty” Harvey, check it out:

We’re also not wasting the opportunity to get some shooting in with several of the PKRA Pro Riders that decamp to Cape Town for Jan & Feb. Many have come from Brazil, which is in many ways the opposite conditions – Brazil has super smooth, soft wind with endless flat water lagoons & warm water; Cape Town winds are strong, gusty, with so much lift and a full wetsuit is a necessity. But its great to see the Pro’s adapt and work to take their tricks from the perfect conditions of Brazil and apply them to the challenging Cape Town beaches – a necessity if you want to win on the world tour where conditions normally far from perfect. We’re lucky to have Aaron Hadlow, former 5x World Champion, as a friend and it’s always a pleasure to get the chance to film with him. We shot some great footage in the flats of Langebaan, off the kickers rolling in at Big Bay at sunset & a beautiful contrasting morning of flat water at Big Bay. Check out one of Aaron favourite tricks of the kickers below:

Another trip to Langebaan and this time North Kiteboarding team rider, Stefan Spiessberger. We got a little unlucky with the wind and the light but he landed a few awesome tricks and we’re looking forward to filming with him again soon. Check out his Back Mode below, the staple trick of any Pro rider but just look at the strength, commitment and fluidity that it takes to pull it off:

We now have a few days of light winds so time to continue working on scripts as we work towards getting start on the core filming for the wave riding videos. Fingers cross, the wind, waves and sun play ball! If you haven’t seen we recently launched the Android version of our Progression Player App, a free download on the Google Play Store, along side an update for the iOS version which features our new Progression Profiles. Lots of new stuff coming on the app and web services side soon! Busy, Busy at Progression :-) 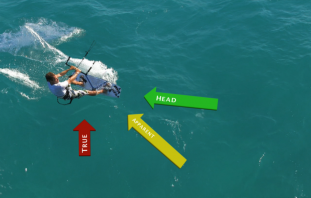